This article addresses obtaining an inheritance for Holocaust victims’ descendants.  More particularly, it addresses assets in Israel of those who perished in the Holocaust. 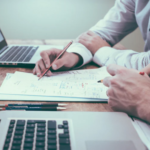 A Brief History on Inheritance for Holocaust Victims’ Descendants

Throughout the late 1800s through the mid-1900s, many American and European Jews bought land, homes, or invested money into the Zionist project to establish a home for Jews in the land of Israel.  This became all the more prevalent in the 1930s with the rise of the Nazi regime, and many Jews bought or invested here to protect their assets or with the hope that they or their families would immigrate to the land at some point.  Unfortunately, many of these Jews perished in the Holocaust, and billions of shekels of assets were still unclaimed through the early 2000s.  In 2006, Israel passed the Assets of Holocaust Victims Law to help manage all assets found and to try and find the descendants of the Holocaust victims.

All issues regarding inheritance for Holocaust victims’ descendants fall under the Administrator General of the Ministry of Justice. Many of the known assets are listed in public registries, however, there are many more assets that exist that are unknown and unregistered.  If you either suspect or know of assets that you might be entitled to based on the law reinstating assets to descendants of Holocaust victims, you are eligible to apply.

The application process is rather straightforward, and we discuss it in more detail in our article entitled “Applying for Holocaust Victims’ Assets.”

This article is one in a short series on the restitution of assets of Holocaust victims’ descendants.  We also address how long it takes, Israeli law on the subject, succession orders, and how to choose a restitution lawyer.