IDF service for immigrants to Israel

Which Olim Hadashim are required to serve in the IDF and which are exempt?

IDF service for immigrants to Israel – who gets conscripted and who gets an exemption? Many young new immigrants to Israel happily enlist in the IDF, as an integration track into Israeli society and a way to contribute to the State of Israel. However, older immigrants, career professionals or parents are happy to know that they are exempt from compulsory service. The law firm of Cohen, Decker, Pex and Brosh specializes in immigration to Israel. This article by Advocate Joshua Pex, an Israeli immigration lawyer, will explain some of the more frequently asked questions about IDF service for immigrants. Who is subject to conscripted service, and for how long, who is exempt or may apply for an exemption, does service in another military count to shorten your period of service in the IDF, and what special rules apply to lone soldiers and doctors?

How is the period of IDF service for immigrants calculated?

The length of compulsory regular service is based primarily on age at the time of arrival in Israel (but also takes into account marital status, medical profile and profession, as detailed below). Arrival in Israel is not identical with the beginning or completion of the immigration process. If an Oleh arrived in Israel for a private visit or as part of a recognized program, stayed in Israel for at least 120 days, and then began the process of Aliyah, their age at the initial date of arrival is the one used to calculate the period of service.

This is more complicated if the immigrant visits Israel and leaves it repeatedly before starting the Aliyah process. It is possible to visit Israel up to (but not including) four months in a year, and the visit will not be considered as the date of entry. However, visiting time does not have to be continuous to accumulate – a month-long visit and a three-month visit will be combined if not enough time 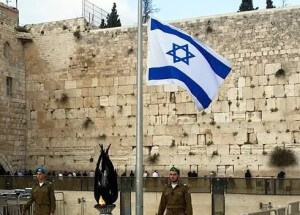 passed between visits. A private visitor is required to leave the country for two consecutive years before the previous visit is considered separate (in other words, their accumulated time spent in Israel resets to zero, and only the new visit may count towards calculating the time of arrival). A visitor who has been to Israel as part of a recognized program of the Jewish Agency or the Student Authority is required to leave for just a year for their time to reset. Anyone who has trouble calculating their total time spent in Israel can check the “inquiries regarding entering and exiting Israel” service on the Ministry of the Interior website.

IDF service for immigrants does not entirely exempt immigrants who were enlisted in a foreign army. A person who served in the army in their country of origin and immigrated at an age that still requires conscription in the IDF will have their period of service shortened in accordance with the time spent in the foreign army. Shortening the period of service requires presenting documents attesting to the time spent serving in the foreign army, translated by a notary, and validated by Apostille. Shortening the period of service is subject to approval by a special committee. Immigrants with dual citizenship are not exempt from conscription.

Who is eligible for exemption from conscription?

Exemption from IDF service for immigrants applies in the same circumstances as exemptions for native-born Israelis. Parents, pregnant women, married couples (married men over the age of 22, married women over the age of 21) are exempt from conscription. Olim who are exempt from recruitment are entitled to volunteer – women for a period of at least 12 months, men for 18.

Religious women may be exempted from conscription. In order to request an exemption, one must submit an affidavit from a Rabbinical Court, signed by a Rabbinical judge, ascertaining that the applicant maintains a religious lifestyle. The enlistment board may accept or deny the affidavit and the exemption from IDF service, based on the circumstances.

IDF service for immigrants can be postponed due to economic reasons, studies and more. Any request to defer conscription is examined according to the circumstances. The application should be sent to the recruitment office nearest to the immigrant’s place of residence, and documents must be submitted verifying the reasons for deferment.

What is the required period of IDF service for immigrants?

Subject to the age of the immigrant upon arrival in Israel, and taking into consideration the factors detailed above, the periods of service are as follows:

Everyone (except medical professionals) who arrives at the age of 28 or older is exempt and cannot volunteer for IDF service.

Period of recruitment for medical professionals.

Doctors or dentists are liable to be conscripted into the IDF even if they are of an age or marital status in which they would otherwise be exempt from service. This is subject to recognition of their medical training in Israel and success in the examination of accreditation (or exemption from accreditation). Doctors must serve at least 24 months if they arrived in Israel before the age of 33. Dentists must serve 24 months up to the age of 34. Female doctors must serve for 24 months – provided their age upon arrival in Israel is less than 29, and they are not eligible for another exemption (as parents, married spouses, etc).

Fortunately, doctors serving at an age that would exempt them from regular service, serve their time in the army as career medical officers in terms of salary and conditions of service.

The law firm of Cohen, Decker, Pex and Brosh in Jerusalem and Petah Tikva specializes in immigration to Israel. Contact us for legal information on IDF service for immigrants or obtaining an exemption from recruitment.