How to Obtain Israeli Citizenship (How to Emigrate to Israel) 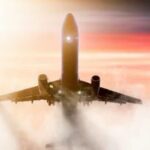 Foreign citizens married to Israeli citizens are eligible for citizenship through a drawn-out naturalization process that generally takes at least five years. It is also possible for partners who are not legally married but who have lived together as spouses to obtain permanent residency. We further discuss emigration through marriage and how it works for non-Jewish family members in many other articles on our site.

The Israeli Minister of Interior is given the authority to grant Israeli citizenship to permanent residents and their family members. This is the rarest of all the emigration/citizenship options, and it is generally only used when a person or their family has contributed to Israel’s security or economy in a significant way.

If you wish to learn more about how to emigrate to Israel or seek legal assistance in this process, please contact us. Advocate Michael Decker specializes in Israeli emigration law, and he would be happy to assist with all your legal needs.