The law offices of Cohen, Decker, Pex & Brosht, with branches in both Jerusalem and Tel-Aviv, provide their customers with extensive representation and legal solutions. Our lawyers have a wealth of experience in providing assistance to foreign couples seeking to obtain legal status in Israel, including issues related to giyur as part of the process for obtaining citizenship. 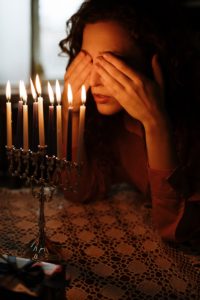 In general, it is possible to arrange legal status for foreign partners of any religion or denomination. The law in Israel and the Ministry of Interior regulations do not require you to belong to any specific religion for the purpose of obtaining legal status. Nevertheless, under certain circumstances foreign spouses might deem it appropriate to undergo giyur. For example, if the Israeli spouse is Jewish and it is important for them to marry in Israel. In such cases, the foreign spouse will be required to undergo conversion to enable the marriage. This is also a common occurrence when a foreign spouse has a family connection to Judaism but is not eligible to make Aliyah (emigrate to Israel by virtue of the Law of Return), and is thus required to undergo an official conversion process in order to emigrate.

Converting to Judaism may also contribute to the foreign spouse’s feeling of belonging to Israel. As Israel is a Jewish, democratic state, most of whose citizens are Jews, conversion could well help the foreign spouses successfully integrate within the community and genuinely make Israel their primary place of residence, or “center of life“, in Ministry of Interior terms.

How does the conversion process work?

In the event of a negative response, it is possible to appeal the decision before the Head of the Exceptions Committee. If the application is granted, the foreign spouse will then normally be referred to Jewish study classes prior to the actual conversion procedure. Subsequently, hearings are held in the Special Conversion Court, where a unanimous decision must be made to approve conversion. If the court does not approve the conversion, an appeal may be filed with the Great Rabbinical Court of Appeals in Jerusalem.

Does conversion help to promote and expedite the processes for arranging a foreign spouse’s status?

Population and Immigration Authority regulations concerning arranging the status of married couples and common-law couples stipulate that filing an application for conversion and status by virtue of the Law of Return should not delay the processes, and the two applications are to be considered in parallel. Although this might be relevant for only some of those spouses seeking to convert, nonetheless it is important to take this into account.

That said, in exceptional circumstances the Head of the Visa Section in the Ministry of Interior has the authority to reduce the timeframes laid down in the said regulations. As part of the gradual process, interviews are held each year for the foreign spouses to examine the sincerity of their relationship and their link to Israel. Conversion processes may be considered a good reason to submit a request to speed up the process. However, each case must clearly be weighed up on its own merits and based on the specific circumstances.

A review of court rulings shows that converting to Judaism can serve as evidence attesting to somebody’s ties with Israel. Although the overall information available is the decisive factor as regards the question of a joint center of life in Israel, conversion may certainly contribute to this. The courts have even leveled criticism at Ministry of Interior decisions on various occasions in which the issue of conversion was not afforded sufficient importance during decision making on questions of obtaining legal status. In some of these cases, the courts have in fact overruled Ministry of Interior decisions and required such decisions to be reexamined.

In this article, we have laid out for you the main issues concerning the judicial conversion process and how it might contribute to the procedure for obtaining citizenship and arranging the legal status of foreign spouses in Israel. This is one of those topics where each case is meticulously scrutinized according to its own specific circumstances; therefore, it is difficult to provide an all-embracing set of answers to the full spectrum of issues emanating from it.

For any legal query or in cases requiring assistance with conversion procedures or arranging legal status in Israel, an attorney from the law offices of Cohen, Decker, Pex, Brosh will be more than happy to provide you with a comprehensive response, based on professional expertise and the experience of accompanying numerous couples throughout such procedures.