Can a couple obtain legal status when one partner is a foreign citizen who is residing in Israel illegally? Such couples must undergo a protracted process which eventually results in citizenship for the foreign spouse illegal resident in Israel. But first, they must prove the sincerity of their relationship and meet all Interior Ministry requirements. Attorney Joshua Pex, a specialist in Israeli immigration law, explains the initial, most crucial, stage of this process.

The law offices of Cohen, Decker, Pex, Brosh, in Jerusalem and Tel Aviv, specialize in Israeli immigration law. Among other areas, our office has extensive experience in arranging legal status for couples in which one partner is a foreign citizen, including representing such couples before the Population Authority of the Interior Ministry and all the administrative and judicial courts.

When does it become necessary to arrange legal status for a foreign partner who is residing illegally in Israel? 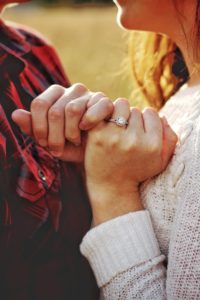 A foreign partner may wish to receive legal status in Israel, even though their residence in Israel is illegal. For example; the foreign citizen came to Israel as a tourist, fell in love with an Israeli and decided to live with their new partner in Israel. The opposite situation may also occur, in which an Israeli falls in love with a foreign citizen while travelling abroad. In such cases, the foreign partner may come to Israel for a visit and decide to stay here.

There are also cases of foreign workers residing in Israel who enter a relationship with an Israeli partner. The periods described above may exceed the permitted residency time for foreign citizens in Israel. The question arises: what can be done in practice when the foreign citizen’s legal time in Israel has run out?

During the process of filing the joint-life application, the foreign partner will be asked to present a foreign passport that is valid for two years. The couple’s marriage license will be checked (if they are married), and the evidence they have presented regarding their relationship will undergo a preliminary check. In addition, a check will be performed to ensure there is no legal or security impediment or restriction to their residency in Israel.

What can be done in the case where enforcement measures have already been initiated against the foreign partner?

If enforcement measures have already been initiated, filing the joint-life application is likely to be held up. The application will be transferred to the Visa Center in the relevant Interior Ministry office for consideration. The Center mayrule that a visa will not be granted to the foreign partner until completion of an additional check. Alternatively, if the Visa Center is convinced that there is no impediment to granting a visa at this stage, the director of the Interior Ministry office is authorized to remove the relevant restrictions, enabling continuation of the joint-life application process.

The court’s stance on the issue

Israeli courts recognize the legal, civil, and humanitarian right of couples to actualize their joint life. The right to romantic partnership and family life is recognized as a fundamental right in Israeli law. Accordingly, in a series of cases, courts have intervened in Interior Ministry decisions to reject applications to arrange legal status for foreign spouses. Although each case is examined on its own merits, the tendency is to allow couples to arrange legal status, as long as the court receives the impression that the couple’s relationship is sincere, and not an attempt at illegal infiltration into Israel.

On the other hand; it is clear that the state of Israel, like any sovereign state, has the right to guard its borders, prevent illegal residence of foreign citizens, and supervise immigration into the country. Therefore, it will be difficult to arrange legal status of a foreign partner once that person has resided in the country for an extended period of time without a legal visa. Certainly, in any case of illegal residence, Interior Ministry officials will thoroughly investigate the sincerity of the relationship, in order to ensure that it is not a fictitious relationship, formed solely for the purposes of obtaining legal status in Israel.

Contact us for assistance in the complex process of arranging legal status for a foreign spouse illegal resident in Israel. The law offices of Cohen, Decker, Pex, Brosh, in Jerusalem and Tel Aviv, specialize in immigration law and have experience in working with the Interior Ministry and the various courts in every aspect of foreign partners’ applications to immigrate to Israel. You can contact us via the above telephone numbers or email address.