Ending employment relations between foreign caretakers and their employers is complicated, as the employers are usually the patients themselves or their family members. When a foreign worker is fired or resigns, both sides face various obligations, such as providing advance notice and releasing pension funds that were put aside for the worker. There are other obligations and also rights defined by Israeli labor laws. Here we will highlight the main obligations, as well as the consequences of not meeting them.

The law offices of Cohen, Decker, Pex, Brosh specialize in nursing caretakers and the labor laws relating to them. We provide our clients with solutions and assistance for such issues as; patient/caretaker relations, obtaining and extending Israeli work and residency permits, transferring workers between patients, and receiving legal counseling and assistance for workers and employers in the nursing sector. 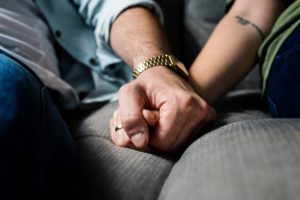 Breaching this obligation (whether an employer fires a worker or the worker quits of their own volition), can be cause for taking the employer or worker to court. However, employers are not permitted to withhold money from workers on their own initiative. Taking such an action can have severe legal consequences.

As noted in another article in this series, employers are obligated to pay for various types of insurance, including a pension fund. Upon resignation or being fired, foreign nursing caretakers are entitled to the full amount of the pension that was put aside during their employment. In cases of shared employment (by a patient and a nursing company together) the allocation is made according to each employer’s relative share.

The money is transferred to the foreign caretaker when their visa expires and they leave Israel. If the worker’s departure from Israel is delayed, a certain percentage of the money owed is generally deducted. Yet, there are exceptional situations in which the workers can explain that they did not intend to illegally stay in Israel, and no percentages should be deducted from their compensation (for example, in the case of an unintentional error).

Severance pay – is there a difference between Israeli and foreign workers?

The obligation of severance pay does not differ between foreign caretakers and other workers in the labor market. However, it is important to note that death or institutionalization of a patient is considered as firing the caretaker. Therefore it is important to make the appropriate preparations ahead of time for such eventualities. Severance pay is calculated by multiplying the worker’s last salary by the number of years they were employed.

Note that according to the current arrangement for allocating payments to pension funds, some of the allocations go towards severance pay, and are paid directly to workers when their pensions are released. The employer must pay the worker directly for whatever difference remains between the severance pay that was deposited and the actual sum required. Not paying severance pay in a timely manner is grounds for prosecution in labor court. In such cases, the court may require the employer to pay significant compensation for every month of delay in payment.

Beyond those described above, the employer faces additional obligations to the foreign worker. These include providing the foreign worker with suitable accommodations for 7 days after they stop working; supplementary payments (such as convalescence pay, redemption of sick and vacation days, etc.) to the worker’s last salary; and enabling the worker to take advantage of any remaining vacation days. Given labor courts’ strict interpretation of these obligations, it is important for employers to recognize the foreign caretakers’ rights in full and make sure they are met. If doubts or questions arise, consulted with legal experts in the field. Obtaining a thorough understanding of the legal situation can avoid the potentially difficult consequences of non-compliance.

Contact an attorney specializing in the employment of foreign caretakers

If you would like advice and assistance in anything regarding employment permits, arranging workers’ legal status, or firing or quitting of foreign caretakers, we will be happy to help. Contact the law offices of Cohen, Decker, Pex, Brosh, in Jerusalem and Tel Aviv, to obtain assistance and legal information. We specialize in the nursing sector; arranging legal status for caretakers, and representing workers and their employers before the various authorities.