According to the Defense Service Law, Israeli citizens who have reached the draft age must join the army. Having said that, enlistment is clearly not always suitable for everyone, and in many cases it is possible to obtain an exemption from military service. However, this does require working in full coordination with the IDF authorities and the need to avoid engaging in unilateral action that might entail different sanctions, even including facing criminal trial. In the following article we shall provide relevant details of exactly what to do to obtain a military service exemption.

Our law firm, based in Jerusalem and Tel Aviv, specializes in Israeli military law. The attorneys in our office provide legal help and support to soldiers and young persons prior to enlistment on a variety of issues such as arranging legal status in Israel with the military authorities, accompanying individuals in proceedings to obtain exemption from service in the IDF, representation in dealings with law enforcement authorities and military courts, etc. 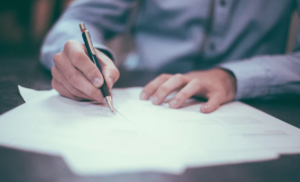 THE MILITARY IS NOT A SUITABLE FRAMEWORK FOR Everyone

The IDF is known as “the People’s Army”, and accordingly the law stipulates that everybody is obligated to serve. Nevertheless, in recent years we have witnessed significant changes on this issue. These changes are clearly manifested in recent figures, according to which one out of every three Jewish Israelis does not enlist in the IDF. Today it is much clearer than in the past that the military framework is not suitable for all, and this is acceptable as long as the military service exemption is obtained in an orderly and legal manner.

Subsequently, it is important to clarify that failure to arrange the service exemption via the accepted channels could lead to a broad array of problems. For example, thousands of Israelis evade the draft each year or even desert from the IDF. These are criminal offenses, which besides imprisonment could also result in having a criminal record that remains with an individual for many years afterwards. It is important to avoid all this and take the correct, lawful action to obtain a service exemption, based on the various available grounds. We shall present the main reasons below and provide all relevant detail.

A SERVICE EXEMPTION ON MEDICAL OR MENTAL GROUNDS

Naturally, enlisting into the IDF requires a certain level of both physical and mental fitness. Certain diseases or medical conditions will justify obtaining exemption from military service. There is an entire list of illnesses and physical disorders that might constitute grounds for establishing a medical profile (“21”) qualifying for exemption from military service. This list includes diabetes, epilepsy, hearing problems, severe back and spine problems, etc. Similarly, there are also cases that justify gaining a service exemption on mental grounds, including various psychiatric diagnoses, significant difficulties in adapting to the system, etc.

It is important to state that in order to obtain an exemption on medical or mental grounds, an individual must undergo diagnosis by the IDF medical/mental health authorities, including a medical committee to determine the medical profile. In a considerable number of cases, the committee might decide that although the current situation does not enable the individual to serve in the IDF, an immediate exemption from service will not necessarily be granted. In such cases, a medical profile of “24” might be determined, which indicates a temporary classification requiring reexamination of the person’s medical condition after a few months. It is possible to appeal against the medical profile awarded by the committee within 30 days of the committee’s decision. In such cases, it is essential to act as quickly as possible and it is highly recommended to work with an attorney who specializes in Israeli military law for this purpose.

EXEMPTION DUE TO INCOMPATIBILITY

As we have mentioned above, not everybody is suited to the military establishment. In Israel, there are numerous young people who are unable to complete military service as required due to their specific personal circumstances. There are a number of reasons for which it is possible to gain exemption from service in the IDF prior to the draft date, due to significant difficulties in contending with frameworks, criminal records as minors, exceptionally complex family background, etc. Individuals who have been drafted even though their personal status should justify granting a service exemption due to incompatibility may appear before the Compatibility for IDF Service Committee.

The IDF authorities’ conscription policy is not identical for men and women. Although enlisting into the IDF is mandatory for both genders, and despite the fact that the establishment strives to enable equal service opportunities as far as possible, a default was laid down with regard to marriage and pregnancy as cases that entitle women to exemption from IDF service. As a rule, in such cases the service exemption is granted automatically, whether this occurs prior to the draft or during military service. Notwithstanding, the soldiers or candidates for military service must arrange their status in advance.

EXEMPTION ON RELIGIOUS OR CONSCIENTIOUS GROUNDS

In addition to the military service exemptions detailed above for women, due to pregnancy or marriage, IDF policy also enables a person to obtain an exemption on religious grounds for women prior to being drafted. This usually requires the individual reporting to the IDF recruitment bureau and arranging this with the relevant authorities there. As far as men are concerned however, the process is much more complex. Although there are circumstances enabling men to obtain a service exemption on religious grounds, they are not as common as for women. Moreover, there is a special arrangement for yeshiva students, which enables them to postpone their draft, serve for a shorter period or even gain an outright service exemption. These too; however, also require the individual to arrange his legal status with the authorities, in order to prevent being classified as a draft evader.

It is also possible to obtain an exemption from service as a conscientious objector, but this is much less common. In order to obtain a service exemption in such cases it is necessary to undergo an interview before a Conscientious Objectors’ Committee, which convenes on a number of occasions each year. The committee grants several hundred service exemptions on average per year, the majority of which are awarded to women. Exemption from IDF service on the grounds of conscientious objection and for pacifists is relatively rare, and it is highly recommended to gain the assistance of an experienced attorney who specializes in military law in order to deal with this in the best possible way.

RECOGNITION OF CHILDREN OF IMMIGRANTS AND MINORS WHO HAVE MOVED ABROAD

In the case of families who have left Israel with their children, as minors prior to reaching the draft age, it might be possible to obtain an exemption on the grounds of their status as children of immigrants. Exemption from IDF service might also be awarded to Israeli citizens born overseas. We have provided a detailed explanation of this in an additional article published on our law office website.

In this article, we have laid out the key reasons for obtaining an exemption from service in the IDF. If you have any specific question or need to consult on this issue, you are most welcome to contact an attorney from our law office, who specializes in military law. Our attorneys have a wealth of experience in providing legal representation for Israeli citizens, either resident in Israel or abroad. They can provide valuable assistance in dealing with the military authorities, the conscription process and all the relevant military and civil legal authorities with regard to arranging legal status. You can contact us either by phone or email as listed below.