Enlisting of Jews and Israelis residing abroad into the IDF

Many Jews living outside Israel wish to join the Israel Defense Forces, either as part of the process of making aliyah (immigration to Israel) or due to ideological considerations and the desire to come and take part in the defense of the Holy Land. Having said that, enlisting of Jews abroad in IDF is likely to encounter a variety of bureaucratic difficulties. How do you volunteer for service in the IDF and how can an Israeli immigration lawyer who also specializes in military law assist with this? In the following brief article, we will present important legal information relevant to this issue.

Our law office, based in Jerusalem and Tel Aviv, specializes in Israeli immigration law and military law. The attorneys in our office provide legal help and support on a variety of issues such as arranging legal status in Israel with the military authorities, accompanying proceedings for arranging the legal status of new immigrants (olim), etc. 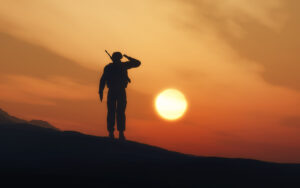 Enlisting of Jews residing abroad into the IDF

The world’s Jewish population amounts to approximately 16 million. Certain countries, such as the USA, Germany, Russia and France, are home to a population ranging from hundreds of thousands to millions of Jews. In other countries, the Jewish communities are much smaller, ranging from several thousand to even a few dozen. The common denominator amongst the Jews in all these countries is the desire of many young Jewish people living there to come to Israel and volunteer for service in the IDF.

Some of these individuals are motivated to volunteer in the IDF as they look to make aliyah. Others prefer to volunteer for military service in the IDF but then return to their home country afterwards. In all of these cases, legal difficulties, stemming from a variety of bureaucratic complexities involved in this process, might arise in the effort to realize these desires. We shall elaborate on this and illustrate just how an attorney with expertise in military law will be able to help solve such issues.

How can Jews in the diaspora volunteer for service in the IDF and what ensuing legal problems might arise?

The IDF operates a significant volunteer program called Machal (Foreign Volunteers). This program enables Jews without Israeli citizenship to come to Israel, receive a visa allowing them to remain in Israel during their military service, and to engage in a shortened service, lasting for 18 months on average. Jews from the diaspora who volunteer as part of the Machal program may serve in either combat or as supply and support troops. The Jewish volunteers from abroad are able to undergo a selection process for a wide variety of positions in the IDF.

One of the most substantial difficulties in volunteering for the IDF is the need to submit a considerable amount of documentation for this purpose. The IDF lays down a list of conditions relating to the eligibility of diaspora Jews who are not Israeli citizens to enlist for military service, such as age, state of health, educational background and so on.

Unfortunately, in many cases in which the application is filed by the candidates on their own, its processing is delayed due to failure to fully produce all the requisite documents or ambiguity regarding compliance with the preconditions for eligibility to serve. It is important to remember that time is a key factor here, as usually those seeking to volunteer wish to do so as soon as possible. It is thus highly recommended to have an attorney handle the application who specializes in Israeli immigration laws and military law, as he will know best how to do so.

How can Jews living abroad join up?

Not only do a large number of Jews live outside Israel, but also many Israeli citizens who have moved abroad either temporarily or on a permanent basis. The difference between them and the diaspora Jews is that those Jews without Israeli citizenship are not bound by Israeli law to sign up, while Israeli citizens are legally obliged to serve, or at least to arrange their legal status with the military authorities. Failure on their part to arrange their legal status could lead to such Israelis residing abroad being acknowledged as draft-dodgers, with all that this potentially entails. We have expanded on the recognition of children of immigrants and their ability to postpone the draft or obtain an exemption from military service in the following article.

Feel free to contact one of our attorneys specializing in military law.

For any specific question or need to consult on the issue of Jews and Israelis residing outside Israel enlisting into the IDF, bringing the parents of these soldiers to Israel, and more, contact our law office, which specializes in military and immigration law. The attorneys in our law firm have a wealth of experience in providing legal representation for Israeli citizens living both in Israel and abroad, regarding all the draft arrangements or obtaining legal status in Israel, in their dealings with the IDF authorities, the conscription process and all the relevant military and civil legal authorities. You can contact us either by phone or email as listed below.