Descendants of Spanish expellees in Israel

Spanish expellees in Israel? Yes, some of the Jews expelled from Spain and Portugal at the end of the 15th century came to the Holy Land and settled there.

Throughout history, the Jewish population in the Land of Israel witnessed dramatic fluctuations. From the destruction of the Second Temple to the foundation of the State of Israel, locals suffered from poverty and deprivation. In the 15th and 16th centuries, however, in the relatively short span of 150 years, an intellectual Torah community arose which catapulted the Land of Israel once again to the pinnacle of the Jewish world. This community was built by expellees from Spain and Portugal, who settled in many countries around the Mediterranean Sea.

Descendants of Spanish Expellees in Israel 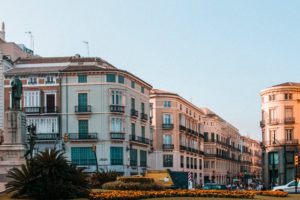 The Jewish exile from Spain at the end of the 15th century was a defining event in the history of the Jewish people, law, and tradition. Some expellee communities migrated primarily towards the tolerant countries of the Ottoman Empire.

Others were influenced by centuries of longing for the land of their forefathers and a craving for spiritual and religious independence. They decided to return the desolate Land of Israel.

At that time, the poverty-stricken Jewish settlement in the Land consisted primarily of “Musta’arabi Jews” which was the Spanish expellees’ name for the Jews of Islamic countries, due to their similarity in appearance to Arabs. The expellees decided to settle in the four holy cities – Jerusalem, Safed, Hebron, and Tiberias – as well as Gaza. The most influential of these cities were Safed and Jerusalem, where centers of Torah and Jewish life were established. In these two cities the greatest rabbis of that generation lived and wrote works on Jewish law, Kabbalah, and poetry, used throughout the Jewish legal and Kabbalistic world to this day.

The Expellee Community in Safed

Most of the expellees who reached the Land of Israel came to live in Safed. It was located at an important crossroads between Damascus and the port cities on the Mediterranean coast. Another draw was its proximity to the grave of Rabbi Shimon Bar Yochai – the author the Zohar.

This period in Safed saw the flourishing of a unique spiritual movement founded by Rabbi Yitzhak Luria. Known as the Ari, he was influenced by the Zohar, as well as by the ascetic Muslim Sufi movement.

The Ari and his students followed lives of asceticism, poverty, and isolation in the mountains. Their goal was purifying their mind and soul in order to unite with the Creator. All Kabbalist theory that is fully recognized today and taught in the many circles worldwide stems from the Safed Kabbalah of the Ari; his works are considered the highest Torah authority for studying Kabbalah.

In this period, Spanish expellees and their descendants in Israel settled in Jerusalem. They established several modest Sephardic yeshivas with 10 to 20 students in each. However, they faced economic hardship, alienation from the local Arab residents, famine, and duress, which eventually caused the closure of two of these Sephardic yeshivas. One was headed by Rabbi Levi Ibn Habib and the other by Rabbi Yakov Berav, who moved to Egypt.

Over the years, the Ottomans restored the buildings of Jerusalem and encouraged more expellees to settle and do business there. One notable Portuguese Jewish traveler who came to Jerusalem as an expellee was Rabbi Avraham Zacuto. He was a historian, mathematician, astrologer, and the astronomer of the Portuguese monarch Joao II. He made improvements on the astrolabe – an instrument used by sailors and astronomers to mark the altitude of the horizon relative to celestial bodies, and the primary marine navigating tool until the 18th century, thanks to Rabbi Avraham Zacuto’s wisdom.

Portugal Citizenship grants a passport of an EU country

If you obtain a Portuguese passport based on family connections to descendants of the expellees, keep in mind that it would enable you to have citizenship in a European country!

This list is a collection of research articles on all the expellee communities and their lives in Spain before the expulsion, and in the other countries where the Spanish expellees arrived after the expulsion. Thank you to Jonathan Gavrielov for his help in researching and writing the articles.