Congratulations! You have decided to marry your Bulgarian loved one! But wait… is it possible for a foreigner to arrange a civil marriage in Bulgaria?

The answer to that question is simple: yes! Many foreign nationals from the EU and non-EU countries get their Bulgarian citizenship on the grounds of marriage every year. Despite the above, we advise you not to send any invitations yet nor secure a date for your special ceremony. If you are not a Bulgarian citizen, there are documents you will need and procedures you should go through before going ahead with your dream marriage.

Getting married in Bulgaria could be a dream come true; picturesque rural landscapes as well as gorgeous beaches you can conduct your wedding on, not to mention numerous other possibilities. All of that, at a fraction of the cost getting married in almost everywhere else in the world.

It would be very saddening to let any documentation or other legal issues stand in your way of getting married in Bulgaria. We highly recommend a well-experienced law firm which is highly familiar with such proceedings; our law office would be happy to assist the soon to be a married couple with all the necessary procedures. 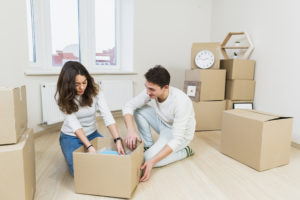 The only recognized form of marriage in Bulgaria is a civil marriage. Religious marriage ceremonies have no legal status in Bulgaria and can only take place after the civil union is completed and approved.

Marriage in Bulgaria is possible only if the couple show they intend to become residents of Bulgaria. Evidence of intent can be a lease or contract for rental or ownership of an apartment, a registered company in Bulgaria, or  an employment contract, as well as other indications that the couple or at least one spouse can provide. The intention evidence can also be used for a residency appeal, Our firm can help you obtain the needed documents.

The legal marriage in Bulgaria is 18. Only the regional court chair can authorize marriage for spouse under 18 – the minimum age for applying such requests is 16.

According to Bulgarian law, only individuals of the opposite sex can get married in Bulgaria, thus making gay-marriage illegal in Bulgaria; however, this issue is under debate in Bulgarian society and politics.

Most countries recognize Bulgarian civil marriage, but we advise to check this issue with the respective country’s authorities. Some countries require an apostille on the marriage certificate issued by the Bulgarian Ministry of foreign affairs in Bulgaria.

Marriage in Bulgaria – the actual process

This section will discuss marriage in Bulgaria when one of the parties is a foreign citizen, from a EU or non-EU country.

As a reminder, after getting married in Bulgaria legally, a person can apply for Bulgarian citizenship by naturalization after three years of marriage and residency in Bulgaria.

Due to recently passed laws (2009), marriage in Bulgaria has become more complicated than it used to. The law now requires medical examinations before applying for marriage at the local town hall. The authorities can deny applications on the grounds of some mental and psychiatric conditions.

The documents required from both parties to engage in civil marriage

*It is essential to state that foreign nationals that have residency in Bulgaria would have to make an affidavit before a consul at the embassy of their country in Bulgaria that there are no legal impediments for them to get married in Bulgaria. This statement includes details of both parties willing to marry. In addition to the affidavit, the embassy may issue a certificate of no impediment.

If one of the spouses is not a Bulgarian resident, the certificate should be issued in their home country; there it should be, notarized and receive an apostille.

All documents in a foreign language other than Bulgarian must be translated by a sworn translator and authenticated with an apostille approved by the Bulgarian Ministry of foreign affairs.

Medical certificates: the medical certificates required for civil marriage in Bulgaria are valid for 30 days from the issue date. They comprise of several examinations, mainly; blood tests to check for sexily transmitted diseases, genetic mutations and other life-threatening diseases, psychiatric evaluation, and a test for the presence of tuberculosis.

Although comprised of several stages, the medical examinations are standard in Bulgaria before marriage and could be conducted in almost every Bulgaria clinic.

Awareness declaration: both parties declare they are aware of the results of the medical examinations of their spouse.

-If under 18 years of age, a document permitting civil marriage is needed from the regional court’s chief.

-If one marrying parties was married before, the final divorce decree or death certificate in the case of a widow/er is required.

Foreign nationals should check their specific documentation needed in their respective countries. The same rule applies as for other foreign documents; they have to be legalized and notarized in the home country of the foreign party of the civil marriage, and translated with a sworn translator to Bulgarian and apostille in Bulgaria.

Proof of application payment: a receipt of payment for the civil marriage application.

**The application should be submitted at least 30 days before the intended civil marriage ceremony.

Finally! The big day, the civil marriage in Bulgaria day has come.

If all the documents were applied according to law and your application was confirmed, you can now get married!

All is left is to come to the wedding day with the validated documents, identity documents, and two witnesses. They can be either Bulgarian or foreign nationals. And of course, the civil status officer, the state official responsible for the ceremony.

We might add that obtaining Bulgarian residency by marriage and later Bulgarian citizenship by marriage is one of the fastest options available. However, fake marriage and/or any attempt to “cut-corners” in the process is a severe felony and could result in jail time!

Our law firm will accompany both parties through the entire process to make sure no mistakes are made. Even if unintentional, any discrepancy could jeopardize the whole process. 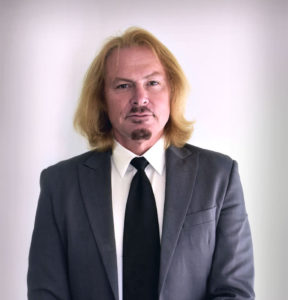