Procedure for Annulling a Marriage in Israel – Civil Divorce

Civil divorce is a marriage dissolution proceeding in Israel, which concerns spouses who belong to different religions and wish to divorce. In order to legally terminate the marriage in Israel, the couple is required to submit an application to the Family Court; to formally present their religion and submit additional documents, which will be detailed in this article.

The Cohen Decker Pex and Brosh Law Office specializes in the issue of marriage annulment in Israel for members of various religions. Our firm provides legal advice and guidance to spouses whose relationship has come to an end and who want a divorce, but find it difficult to do so due to their lack of knowledge of the various regulations and laws.

Before reading the article, it is important to clarify that the dissolution proceeding is the only formal stage of the divorce process. Before doing so, it is recommended that the couple reach an agreement between the two of them regarding other matters, such as: care of their shared children, property, etc., through a divorce agreement, as explained on our website.

How do Married Couples of Different Religions Divorce in Israel? 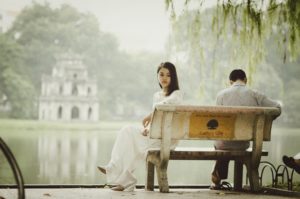 Spouses of different religions in Israel who wish to end their marriage, as their relationship was unsuccessful, will be allowed to divorce. However, the specific divorce proceeding for a marriage that is not in accordance with Jewish law in the State of Israel is called “Hatarat Nisuin”, aka dissolution \ annulment of marriage.

This is the proceedure when an Israeli Jew is married to a Christian or Muslim spouse. Similarly, it applies to other inter-faith marriages; same-sex couples; if one member of the couple does not belong to any religion; and a Cohen’s marriage to a divorcee. Under these conditions, the marriage, and therefore a regular dirvorce, cannot take place within Israel.

It is important to emphasize that the State of Israel recognizes marriages that have taken place legally outside of Israel, and therefore allows spouses who marry abroad to terminate their marriage in Israel via a civil divorce before the Family Court.

Who is the Civil Divorce Procedure For?

As we know, no institution for civil marriage can be found within the borders of the State of Israel. Thus, an Israeli citizen who wishes to get married in Israel can only enter into a marriage covenant through ‘chuppah’ and ‘kiddushin’ – a religious ceremony. An Israeli citizen who wishes to marry is supposed to go to the formal institution of the religion to which he belongs (for example, a Jew must apply to the rabbinate), in order to enter into a marriage covenant with his beloved. In Israel, every religious community has its own principles and procedures regarding the conduct of the marriage ceremony. The common principle for all religious communities in the State of Israel states that only spouses belonging to the same religion are allowed to marry in their respective religious institution.

Limitations on marriage in Israel

A Jewish man can marry only a Jewish woman, a Muslim man can only marry a Muslim woman and so on, for any other recognized religion in Israel. An Israeli citizen who is recognized as not belonging to any religion does not have an official religious institution; and therefore cannot marry within ​​Israel to any person who has a recognized religious affiliation. The situation among members of religious communities who are not recognized in Israel is considered problematic as well. The exception involves various Christian sects, which are considered to belong to the “Christian” denomination even without official recognition. In addition, same-sex couples cannot marry in Israel regardless of their religion.

Any Israeli citizen can change their registration in the Religion and Nationality section, but the process is not simple. Jews who immigrate to Israel receive recognition of their spouses and children, even if the marriage was not held in Israel. Israeli citizens can fly abroad with the intention of getting married (for example, to Cyprus) or having a non-religious marriage ceremony in the presence of one spouse (as in Paraguay), or without the need for presence in-person (as in El Salvador). In this way, the marriage will be officially recognized by the State of Israel.

The Legal Authority for Marriage Annulment in Israel

Marriage annulment \ dissolution is conducted according to the Jurisdiction in Matters of Permission to Marriage (Special Cases and International Authority) Law, 1969. The procedure for an annulment in Israel between spouses of different religious denominations, between members of the same sex, or if one member does not belong to a religion, is done through an application to the Family Court.

It is important to note that, in general, it is not necessary to appear before a judge in court during a marriage annulment proceeding, if the legal preceeding is done with the consent of both parties. However, there are cases where both spouses are required to attend family court.

The Trusted Court for Dissolution of Marriage – the Family Court

In order for the Family Law Court to recognize that the marriage annulment is indeed within its jurisdiction, and not under ordinary divorce proceedings of religious institutions in Israel or abroad, the couple must prove that:

First, they are Israeli citizens who permanently live within Israel. If their centre of life is outside of Israel, they will be required to prove that they cannot divorce abroad. 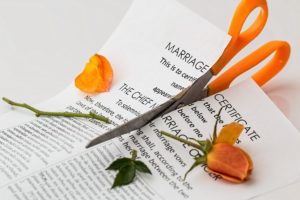 Second, the spouses must be members of different religious denominations, or one must not be affiliated with any religion. An excerpt from the Population Registry, in which the spouses are registered as members of different religious communities (or without religion), is obligatory, although not sufficient in itself. For “recognized denominations”, the spouses must present a document from an official authority. As mentioned above, for Catholic Christians, an official batism certificate must be provided.

For a person that does not belong to any religion, or a member of an unrecognized community, a declaration of an acquaintance/relative who knows the spouse must be produced, proving that the spouse in question maintains a way of life and observance that is required by the traditions and customs of the community. Alternatively, a spouse registered as not belonging to a religion will present a declaration from a person (who is not a relative) who knows him, stating that the spouse is not a member of a religious community.

Third, the couple is married and seeking to annul the marriage. They are asked to provide a marriage certificate. In the event that the certificate is in a foreign language, they will have to translate it into Hebrew and have it verified by an Israeli notary, or a notary from abroad together with an apostille, that they will then be able to present.

Fourth, they must file an annulment lawsuit, with five copies printed. The claim is requested to be attached to a Form 43A for each of the spouses.

Fifth, the application for a marriage annulment must contain the details of both members of the couple, such as ID numbers or passports, the date of termination of the relationship, the address of the last place of residence where the couple lived and the religion of each of the couple’s parents.

Once it has been proven that a marriage annulment is necessary 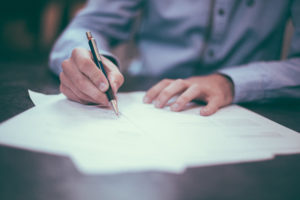 The Family Court is required to approach the leaders of the religious community to which the couple belongs, in order to decide whether a religious divorce proceeding is necessary, in addition to the marriage annulment by the court. The answer will be given up to about three months from the date of application. Usually, the decision is made that a rabbinical court does not have the authority or ability to handle divorces for marriages that were not conducted in accordance with Jewish law. Despite this, it must be taken into account that each case is different.

If there is a need to settle issues concerning children; such as alimony, custody, visitation arrangements, finances, etc., you must submit another application for approval of a divorce agreement. This procedure is also done in family court. If it is decided that a religious divorce proceeding is necessary, in addition to an annulment, the proceeding will be transferred to the relevant religious court.

If one of the spouses does not give his permission to annul the marriage, this does not leave the other spouse “chained” to the marriage. It is possible to conduct a marriage dissolution without consent.

Our thanks to Mr. Jonathan Gavrielov for writing and editing this article.

Contact a lawyer who specializes in marriage annulment in Israel

If you are a couple from different religions, who are no longer interested in living together, feel free to contact our offices, located in Tel Aviv and Jerusalem. We have many years of experience in marriage annulment and assisting in civil divorce proceedings. We will be happy to assist you via phone, as shown below or via email.