There are many Israeli citizens who relocate overseas with their families at a young age. Unfortunately, most of these “children of immigrants” are not aware that moving abroad does not provide automatic exemption from mandatory IDF service. It is imperative to arrange your legal status with the Israel Defense Forces and failure to do so might lead to arrest on arrival in Israel, even for those simply coming here to visit. What should be done in such cases so that these children of immigrants may gain recognition of their legal status? An expert attorney from our office, who specializes in both immigration and military law, elaborates on this very issue in the article below.

Our law office, based in Jerusalem and Tel Aviv, specializes in Israeli immigration law and military law. Our staff have a wealth of experience in the field of immigration and arranging the legal status of Israelis resident abroad with the military authorities; accompanying individuals in proceedings to obtain exemption from service in the IDF, representation in dealings with law enforcement authorities and military courts, etc. 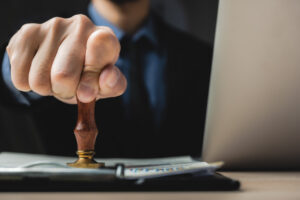 In recent decades, there has been a growing trend in the number of Jews coming to live in Israel. However, there is a flip side to this coin, as there is a considerable degree of movement in the opposite direction too. Tens of thousands of Israelis leave their home in Israel to move abroad each year. Many families relocate abroad for permanent employment positions, to rejoin relatives living in another country or simply to gain a fresh start overseas.

Families who decide to emigrate from Israel are often unaware of the fact that they are required to arrange the legal status of their minor children with military authorities. Many people mistakenly believe that moving abroad excludes an Israeli citizen from military draft, while in practice the law obliging enlistment in the IDF applies to all Israelis, irrespective of whether they reside in Israel or abroad. Therefore; unfortunately, many people avoid taking the requisite action to arrange the legal status of their children with the military authorities and consequently expose their children to a variety of sanctions and the possibility of facing criminal trial on arrival in Israel, as they may well be deemed draft evaders.

WHICH ISRAELIS LIVING ABROAD ARE SUBJECT TO IDF DRAFT?

The IDF divides up minor Israeli citizens residing abroad into 3 categories. The first category is those born abroad, but who possess Israeli citizenship by virtue of family ties. The second one is those who emigrated abroad while still children under the age of 16. This category is referred to as children of immigrants. The third category is called children of emissaries and refers to those individuals who have moved abroad following their parents’ relocation for work or as part of their service in any government, public or private entities. We have provided an in-depth explanation as to the other two categories (children born abroad and the children of emissaries) in another article published on our law office website.

WHAT CAN WE DO ABOUT THE STATUS OF CHILDREN OF IMMIGRANTS?

Children of immigrants is a legal status created due to the understanding that Israeli families have the right to emigrate to foreign countries with their children. It is in the interest of the state to preserve the family structure and consequently it seeks to prevent children of immigrants from being forced to return to Israel in order to serve in the army. The IDF displays a degree of willingness to arrange the legal status of those individuals who have moved abroad with their parents before reaching the age of 16, provided that the foreign country to which their parents have relocated remains their permanent place of residence.

By opting to arrange their legal status with the military authorities, children of immigrants will be able to continue living abroad with their parents and will not be obliged to serve in the IDF. Having said that, there are conditions they will have to meet in order to preserve their status as “children of immigrants”. For example, there will be a limit on the period they will be allowed to visit Israel. Visits for periods exceeding 120 days per year will generally lead to a decision to revoke the exemption from service granted to them.

It is important to know that even if you have not taken action to arrange your legal status or that of your children, as children of immigrants, in many cases it might still be possible to arrange their status retrospectively. Nevertheless, the particular circumstances of each and every case clearly differ so it is not possible to determine in advance the details of your specific status. If you or your relatives are considered children of immigrants and would like to know more about the best course of action to adopt, it is highly recommended to gain the assistance of an experienced attorney who specializes in Israeli immigration and military law.

In this article, we have explained about the possibility of gaining recognition as children of immigrants in order to obtain an exemption from service in the IDF. If you have any further questions, the staff at our law office will be more than happy to assist you, as we specialize in both Israeli immigration and military law. Our attorneys have a wealth of experience in providing legal representation for Israeli citizens resident in Israel or abroad in dealing with the authorities here in Israel, including the conscription process and all the relevant military and civil legal authorities. You can contact us either by phone or email as listed below.