Child Support According to the Civil Law

Child support (hereby: “alimony”) is the obligation of the parents towards their minor children, and sometimes even their adult children (as will be explained further on). The Family Law Amendment (Alimony), 1959 (hereby: “the law”), regulates the various issues relating to alimony. This article will outline the sections of the law and will primarily discuss “civilian child support.”

The Law that Applies to Child Support 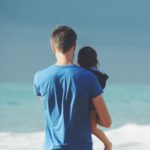 child support – how to pay alimony for children in israel

When Will the Provisions of the Law Concerning Child Support Apply?

There are instances where the provisions of the law concerning alimony applies, as listed below:

We can see that Israeli legislature wants to make sure that the parent will be bound to pay alimony for his minor children, therefore it decreed provisions for alimony even in instances where the religious law makes the parent exempt or where he is considered as not belonging to any religion:

Which are the Recognized Religious Communities in Israel?

Below is a list of the recognized religious communities in the State of Israel:

The Provisions of the Law Concerning Alimony of Minor Children

The law states that the father and mother of a child must pay alimony for their minor child:

The law also determines the ration of payment that each parent will pay considering the sources of income that he or she possesses:

An Agreement Between the Parents Concerning Child Support

Even an agreement made between the parents concerning alimony does not bind the child until that same agreement is approved by the court. The court will make sure that child’s best interest is at the center of the parents’ agreement:

An agreement about alimony of a minor or a waiver of alimony does not bind the minor as long as it has not been approved by the court (Section 12(A) of the law).

After the agreement is approved by the court, it will be valid based on the verdict, but it will be able to be opened in the future, should there be a change in circumstances:

A minor can file a claim (together with his guardian) in regards to his alimony, even after the agreement has been made between his parents that was approved by the court.

Following the Supreme Court’s ruling on Anonymous v. The Great Rabbinical Court, it was decided that in an independent claim from the minor a “substantive examination” would apply in order to reopen the matter of alimony. This is an accumulative two-stage examination that is detailed below:

The starting point is that the court must deliberate about the approval of the agreement, examine whether or not the minor’s needs can be met, and it does not approve an agreement that would not benefit the minor.

In the case when there is a fundamental deprivation of the alimony granted to the minor, the court will reexamine the matter of alimony in both the independent claim as well as the regular claim route.

Does the Law Obligate the Parents to Pay Alimony for Adult Children?

Section 4(2) of the law obligates the parent to pay alimony for his adult child:

A person must pay alimony for the rest of his family members, and they are—

(2) His older children and their spouses

Section 5 of the law states that this obligation is only actualized when these three conditions listed below are present:

Interested in Settling Child Support? The Offices of Cohen, Decker, Pex & Brosh are at Your Service

At the law offices of Cohen, Decker, Pex & Brosh you will encounter lawyers who are experts in family law and who are authorized mediators. Our lawyers will help you settle the matter of child support through various agreements (divorce / joint life / joint parenting), so that the best interest of your children will be safeguarded both now and in the future.