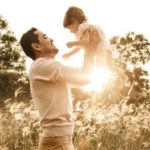 Child support (hereby: “alimony”) is the obligation of the parents towards their minor children, and sometimes even their adult children. Parents can come to an agreement in regards to payment of alimony (within the framework of agreements, for example: “divorce”, “joint parenting”, “joint life”. In the event that they do not reach an agreement, the court will decide the amount of alimony that each parent must pay. In this article, we will discuss the parental obligation of child support according to Jewish law.

The law that settles the issue of child support in Israel is the Family Law Amendment (Child Support), 1959 (hereby: “the law”). The law states as follows:

The most basic needs that the children requires: food, clothing, shoes, and housing. These are the minimum, even in terms of the cost of each one of these needs.

In regards to these needs, the financially capability of the parents is not always taken int  account (as will be expanded upon later).

In regards to these needs, the financial ability of the parents is always taken into account.

Essential Needs: The obligation of the father is absolute, he must pay alimony regardless of his financial capability, and the mother is exempt from this alimony (Kahn v. Kahn).

Non-Essential Needs: The obligation is on both of the parents.

This is an obligation from a law of “justice”, that is, we consider the financial capability of the parents through their sources of income and their ability to provide for themselves, only the extent that they are able to also give to the children.

Until very recently, the obligation to provide for the essential needs was absolutely incumbent upon the father (just like from ages 0-6).

Following a precedent setting ruling by the Supreme Court (Case No. 919/15 Anonymous v. Anonymous), it was stated that the obligation was from a law of “justice” about the essential and non-essential needs. That is, the obligation for the essential needs applies to both of the parents with consideration to their financial capabilities, including their various sources of income.

In the same ruling it speaks about shared custody, but even when the custody is not shared, the obligation is a law of justice.

The obligation is from a law of justice and applies to both of the parents in accordance with their financial capability (Portuguez vs. Portuguez)

Since there is mandatory military service in Israel, it is assumed that the child’s financial dependence on the parents continues until the end of the military service. The amount of alimony will usually be 1/3 of the amount paid by the parent for the child until age 18 (4480/93 Anonymous vs. Anonymous).

Who Has the Authority to Rule on Child Support?

The authority to rule on alimony is normally under the sole jurisdiction of the family court, nevertheless there may be occasions when the authority also belongs to the rabbinical court, as will be explained below:

This is concerning alimony of “restoring expenses” up until that same point in time, and not about future alimony (Shragai vs. Shragai).

In the latest ruling on case 7628/17 Anonymous vs. Anonymous, the Supreme Court reiterated that the decision on the Shragai case is still firm and valid. The rabbinical court has the authority to decide only about “restoring expenses” in alimony, but in everything relating to “future alimony” it will have the authority to rule on it only with the agreement of all parties.

Is it Possible to Change the Amount of Alimony After a Ruling has been Given?

Is it possible to reopen the issue of alimony after an agreement between the parents has been approved? Yes, there are two ways to open the matter of alimony as described below:

This is an exceptional circumstance, since the agreement was approved, and this is a “court action,” which is why it is up to the applicant to show a fundamental change in circumstances in order to bring about a change in alimony.

Throughout the years the minor’s “independent claim institution” has continued to develop.

There is a concern that because most of the claims are situations of divorce, because of the legal struggle between the parents that the best interest of the minor will be damaged.

Therefore, the minor can—through his guardian (one of his parents)—can file an alimony claim to the family court.

Following the Supreme Court’s ruling (Anonymous vs. The Great Rabbinical Court), it was decided that in the independent claim of a minor the “substantive examination” would be applied in order to reopen the case of alimony. This examination is an incremental two-stage process, which is listed below:

The starting point is that the court must deliberate about the approval of the agreement, whether or not the minor’s needs can be met, and it does not approve an agreement that would not benefit the minor.

In the case when there is a fundamental deprivation of the alimony granted to the minor, the court will reexamine the matter of alimony in both the independent claim as well as the regular claim route.

Interested in Settling Child Support? The Offices of Cohen, Decker, Pex & Brosh are at Your Service

At the law offices of Cohen, Decker, Pex & Brosh you will encounter lawyers who are experts in family law and who are authorized mediators. Our lawyers will help you settle the matter of child support through various agreements (divorce/joint life/joint parenting), so that the best interest of your children will be safeguarded both now and in the future.