This article addresses child kidnapping in Israel (either to Israel or from Israel).  Israel follows the stipulations set out by the Hague Convention on the matter. 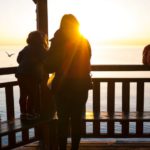 What Counts as Child Kidnapping in Israel

When most people think of child kidnapping, they often envision some sort of child predator. However, the most frequent form of child kidnapping (or abduction) is when a parent takes their child out of the country without the consent of the other parent who also shares custody of the child.

There are two primary categories for this. First, there is the removal of a child from one country to another. Second, there is retention of a child in a different country.

We most often see this happen when one of the parents, for example, has dual citizenship and has family abroad, and they decide to leave the country with their child (and without their partner’s consent).  Generally, they leave on false pretenses, for example, going on holiday to visit family abroad, and then they do not return to the country, keeping the child with them.

Getting the Courts Involved

If your child has been kidnapped by your partner, it is critical to begin the legal process as quickly as possible.  The reason for this is because, if a year has passed since the child was taken from the country, the court does not need to require the child to return.  Thus, the legal balance weighs in your favor if you act quickly.

There are a few more conditions for court involvement.  For example, the whole procedure is predicated on the fact that you did not agree to your child being taken from the country (or being retained outside of it).  However, this only applies if you have implemented your custody rights before the children were taken. If you have visitation rights only, but you do not use them prior to the children leaving the country, then the other parent can use this argument to strengthen the case for keeping the children abroad.

The court will also examine whether or not the child was at risk in Israel, and if this was part of the consideration when the other parent or guardian took the child abroad.  If there was an issue, for example, domestic violence, then the court may decide not to order the child’s return. The convention specifically states that they can reject returning the child if “returning the child may expose him to physical or psychological harm.” Finally, the older a child is, the more their opinion is a factor in the court’s decision; if for example, the child is a teenager and indicates they prefer to live abroad, the court can take this into consideration.  If the child is over the age of 16, it is much harder, although not impossible, to have the court order their return.

This article is one in a series on abduction and child kidnapping in Israel.  To read about the legal procedure to follow if your child has been kidnapped, choosing a lawyer who specializes in child kidnapping, and more, see the relevant articles.

The law office of Cohen, Decker, Pex & Brosh assists numerous clients with matters of family law.  Advocate Anat Levi can help you address any of your legal needs around child kidnapping.