Child Abduction – the return of a child to his home

The “Convention on the Civil Aspects of International Child Abduction” signed   in 1980 is also known as the “Hague Convention” (hereinafter: “the Convention”). The convention deals, with the issue of abduction / non-return of kids from countries that are their usual place of residence. The abduction is done when there is no consent of the other parent, and in violation of custody or visitation rights. The Convention states that in each of the signatory countries, there will be a “central authority” (hereinafter: “the Authority”) which handles such cases. Authorities in each state, will cooperate with each other on “child abduction” and work on returning the children to their habitual place of residence.

What are the objectives of the Hague Convention? 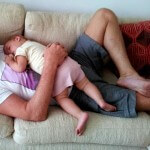 The Hague Convention, your way to ensure the return of your child to his habitual residence

The Convention has a number of objectives as follows:

Is the State of Israel signed to the Hague Convention?

Conditions for the application of the Hague Convention

In order for the convention to apply, there are a number of cumulative conditions which are listed below:

Even  after one year, the child will be returned to his  habitual place of residence, unless the child is integrated into his new environment (section 12 of the Law).

What is integration into the new environment? The child integrates well into his new environment and his return to his habitual place of residence will harm him and his well-being (Stegman v. Burke).

Who is the authorized authority in Israel to decide on the return of abducted children under the Hague Convention?

The court with authorization to rule on the return of abducted children under the Convention is the Family Court (hereinafter: “the Court”), (section 6 of the Law). The purpose of the Convention is to bring the abducted child back to his habitual place of residence as soon as possible (section 1 of the Law). In addition, to prevent the child’s “integration” claim in the abducted country, there is a need for expedited procedure.

In accordance with the above, the Court will act very quickly to clarify the applicability of the Convention to the case before it. The regulations themselves set short time frames for speeding up the procedure as follows:

Are there any exceptions where a child will not be returned, even if the Hague Convention conditions are met?

Since the purpose of the convention is to return an abducted child to his habitual place of residence as quickly as possible, the court discussing the return request has very limited consideration on the matter. In addition, it will not decide on the issue of custody, this issue will be discussed at the child’s habitual residence (Section 19 of the Act, Roo v. Roo).

However, the law provides a number of exceptions, in which the child will not be returned to his habitual place of residence. The exceptions will be interpreted narrowly, and the burden of proving them is on the person claiming their existence (Gabay v. Gabay). The exceptions are as follows:

Can abducted children be returned to their usual place of residence when the Hague Convention does not apply?

A child aged 16-18, the country which the child was taken from or taken to, is not signed to the convention. In these cases, is there any way to return a child to his habitual place of residence?

In these cases, the child can be taken back. The party claiming the abduction should apply to the Supreme Court for the order of “Habeas Corpus” (unlawful possession). This is an order instructing the “abductor” parent to release the child because he unlawfully holds him (Amado v. Amado).

There are two parties that treat cases of child abduction under the Convention:

In Israel, the Central Authority is the “International Department of the State Attorney’s Office”.

Sometimes the lawyers and the central authority work together to streamline the process. “Central authorities will cooperate with each other and promote cooperation between competent authorities in their countries to ensure the immediate return of children” (Section 7 of the Law).

In addition, these cases are usually intertwined with additional conflicts (divorce), and an attorney can also address these issues as well.

At Cohen, Decker, Pex & Brosh law-firm, You will find attorneys specializing in “child abduction” cases. The attorneys will administer the various procedures for you, such as:

Filing documents, opening and answering claims, contacting the various authorities and the court, as well as any other issues related to the case.