When does the Israeli Ministry of Interior begin the process of cancelling someone’s citizenship? The Cohen, Decker, Pex & Brosh law firm specializes in immigration law and legal status in Israel. In previous articles, we explained how to voluntarily renounce Israeli citizenship and the circumstances of the expiry of permanent residence.

In the current article we review the various ways and reasons that the Israeli Minister of Interior and/or the Court for administrative matters may revoke the citizenship of an Israeli citizen. 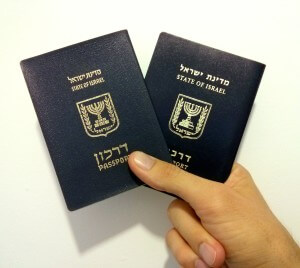 Revocation of Israeli citizenship That Was Obtained Based on False Information

Section 11 of the Israeli Citizenship Law of 1952, after Amendment 9 was added, and in its current version, stipulates that the Minister of Interior is authorized to cancel the Israeli citizenship of anyone who has obtained this citizenship, in the opinion of the Minister, based on false information, within three years of them having acquired it.

The Court for administrative matters may, at the request of the Minister of Interior, cancel the citizenship of an Israeli citizen if the citizen has committed an act which is considered a breach of loyalty to the State of Israel.

The Israeli Citizenship Law defines a “breach of loyalty to the State of Israel” as any of the following actions:

However, in any of the above cases, to initiate the cancellation of someone’s Israeli citizenship due to a breach of loyalty to the State of Israel, the written consent of the Attorney General is required.

Legal Proceedings for Canceling a Citizenship – Holding a Hearing in Absentia

Legal proceedings for canceling a citizenship usually require the presence of the citizen, unless a notice has been sent in accordance with the relevant rules governing summons delivery.

If the aforementioned citizen is outside the borders of the State of Israel, the court may order, at the citizen’s request, that the hearing be held virtually through real-time audio-visual communication. A hearing held in this manner is considered as a hearing held in the presence of the citizen.

As a rule, if the hearing is held not in the presence of the citizen, the court shall appoint an attorney to represent the citizen’s interests and rights under the Legal Aid Law of 1972, unless the court believes that the lack of an attorney will not lead to a miscarriage of justice.

Of course, whether or not the citizen is in Israel, he may independently appoint an attorney to represent his interests and rights in the Court for administrative matters.

In addition, the court may, at the request of the Minister of Interior, prohibit the entry into Israel of the aforementioned citizen if he is a real danger to the public or to the State, in accordance with the various conditions set forth in the Israeli Citizenship Law.

If the Court for administrative matters does not outright reject the request, the Court will hold a hearing before the parties. However, the Court may prohibit the entry of the citizen to Israel, in accordance with the various conditions set forth in the Israeli Citizenship Law.

The Court for administrative matters may deviate from the ordinary rules of evidence, and may even allow non-disclosure of evidence to a citizen, if the court is convinced that the disclosure will infringe on State security, foreign relations, or any other important public interest, and that non-disclosure rather than disclosure of the evidence is what will bring justice.

Date of Canceling the Citizenship

According to Section 11(f) of the Israeli Citizenship Law, the citizenship is considered as canceled only after the end of the period during which a notice of appeal may be filed, or after a later date set by the Court.

Civil Obligations of a Person Whose Citizenship Has Been Canceled

Summary – Contact a Lawyer Specializing in Immigration to Israeli

It is recommended that anyone whose Israeli citizenship is in danger of being canceled consult a lawyer who specializes in immigration to Israel – specifically, an Israeli lawyer who is knowledgeable in the procedures required when attempts are being made to cancel citizenship vis-à-vis the relevant bodies in the State of Israel.