The law office of Cohen, Decker, Pex & Brosh handles immigration and relocation to many different countries. Some of these include: United States, Canada, Portugal, England, Bulgaria, and more. In addition, our office handles immigration to Austria under the new law of return. We help Jews whose ancestors were Austrian citizens acquire this citizenship. We even help them reapply for Austrian citizenship if they or their ancestors renounced it. 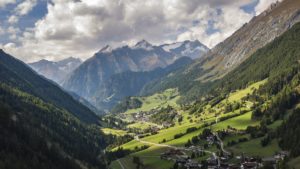 The Transylvanian region, which today is Romanian territory, was under the rule of the Austro-Hungarian Empire until 1918. This region was under Austrian rule as far back as 1683, but over time it also fell into the possession of the Hungarians. For 1,000 years this fertile area was divided between the Hungarian and Austrian Empires, each one controlling it at different times. When under Hungarian rule, this region was called “Eastern Hungary.”

In 1867, these two empires joined together, forming a massive European alliance extending from Central Europe to the east. The result of their unification was known as the Austro-Hungarian Empire. The empire controlled an area measuring up to 620,000 square kilometers. Consequently, the Transylvanian region acted as the border between the Austro-Hungarian Empire and Romania.

World War I ended in November 1918. One of the results was the collapse of the Austro-Hungarian Empire. Upon its demise, many of the peoples who were under the empire’s rule sought to gain independence and establish a sovereign state where they could use their own language, religion, customs, and so on.

On the other hand, the Transylvania region was promised to Romania in an agreement with the Entente Powers of World War I (France, Great Britain, Italy, and Russia). The agreement stipulated that if Romania joined the fight against the Central Powers (Austria-Hungary and Germany), it would receive the entire region, along with the nearby Banat and Partium regions.

How Can the Jews of Transylvania Receive Austrian Citizenship?

Many of the Jews who resided in the Transylvania region up until 1918 were citizens of the Austrian Empire. However, after the war the situation changed, as Austria because a relatively small country in Central Europe. Therefore, if you can prove through old official documents that your grandfather or great-grandfather (or grandmother) had Austrian citizenship, then according to the new Austrian law you are also entitled to receive Austrian citizenship.

After World War I, every citizen living under the Austro-Hungarian Empire was entitled to Austrian citizenship, if they so chose. It did not matter whether they were Jewish or not. For this reason, today there is a large number of descendants of these Austrian citizens. If you are able to prove through a variety of documentation that your grandfather/grandmother had an Austrian passport, you will be eligible.

It should be noted that anti-Semitism in Austria sometimes resulted in denying citizenship to Jews. This was despite the fact that they lived in Austria for many years. Nevertheless, if you can prove that a family member resided in Austria, even if they were not a citizen, you will also be entitled to Austrian citizenship according to the new law.

It is important to note that the Austrian law of return is for the descendants of Holocaust survivors. Not just any applicant who is interested in applying can receive it. For applicants who are descendants of Holocaust survivors, there is no requirement to know the German language, to renounce any other citizenship, to reside permanently in Austria, or to pass a history/cultural test.

The possibility of acquiring citizenship was previously unavailable to Jews of the Danube region (Serbia, Croatia, Moldova, Romania, etc.). Yet thanks to the new legislation, they may submit various documentation to receive citizenship.

Special thanks to Mr. Jonathan Gavrielov who participated in writing this article.

Contact a Lawyer about Austrian Citizenship for Transylvanian Jews

The immigration firm of Cohen, Decker, Pex & Brosh, located in Jerusalem and Tel Aviv, handles everything in connection with this new Austrian law. If you are descended from Jews of the Transylvania region or Jews who held an Austrian passport, you too are eligible for Austrian citizenship.