The new legislation passed by the Austrian parliament in September 2019 grants Austrian citizenship for grandchildren and great-grandchildren of Jews who fled Austria and/or survivors of the extermination camps. The law went into effect on the first of September, 2020. 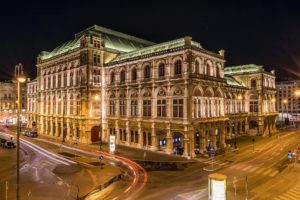 There are many descendants of Austrian Jews in Israel, as well as in other countries such as the USA, Canada, Britain and others, who can obtain an Austrian passport without having to give up their existing passport or to emigrate to Austria. Moreover, Austria is a member of the European Union, and therefore the descendants will also receive a European passport.

Under the previous regulations, the authorities granted Austrian citizenship to Jews who were forced to leave the country up until 1945. The new legislation, which was drafted in part by Jewish representatives in Austria’s capital, Vienna, moved the “deadline” to 1955, 10 years after the war ended. In addition, the new law allows for adopted children to apply for an Austrian passport as well.

One must take note that Austria will not accept applicants with serious criminal convictions, a background of severe financial crimes, a history of terrorist activity, or any previous crime that might endanger the Austrian democracy.

The applicant must prove that their parent(s) or grandparent(s) lived in Austria or territories under its control between the years 1933-1955. This must be proved via official documents, as detailed in the following list. Collecting and verifying the documents for the application takes several months, just like any other bureaucratic process involving a foreign country.

The documents required to apply for an Austrian passport are:

Benefits for those who possess European citizenship

All information on Austrian citizenship in one article on our website.

Our thanks to Mr. Jonathan Gabrielov who helped in writing this article.

The law offices of Cohen, Decker, Pex and Brosh deal with the issue of immigration to Austria for descendants of Holocaust survivors. Israeli clients often call us to ask about their chances of obtaining Austrian citizenship. It is worth remembering that the Austrian government rarely causes problems for Jewish applicants. The only proof required is the official documents of the Nazi persecution victim, which we will review in detail and help you submit properly to the Austrian Immigration Authority.