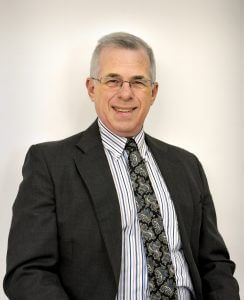 Following graduation Mr. Cohen served as a Professional Staff Member with the U.S. House of Representatives Committee on Interstate and Foreign Commerce where he helped draft legislation to provide for better maritime satellite communication. In 1978 Mr. Cohen joined the U.S. Senate Governmental Affairs Committee where he served as Minority, Special and Chief Counsel to a subcommittee as well as counsel to the Assistant Majority Leader in the U.S. Senate.

While on the Committee Mr. Cohen conducted investigations, held hearings, and drafted legislation in the health care and pension fields, the most significant of which was overhauling the U.S. Government’s pension program, which became the largest pension program in the U.S. In 1986 he and others who worked on that legislation formed Government & Retirement Benefits, Inc., a consulting firm to assist the U.S. government in implementing the new retirement system. Mr. Cohen was often called to speak at U.S. installations around the country, and he wrote numerous articles about it.

During the 1980s Attorney James Cohen also opened a general practice law firm in Rockville, Maryland, where he handled criminal, business, bankruptcy, and family law matters. In 1990 Mr. Cohen and family moved to Richmond, Virginia, where he opened a law practice. Seeing the rapid influx of immigrants to the United States, Mr. Cohen devoted himself to assisting them. Since then Mr. Cohen has successfully handled hundreds of immigration cases involving asylum, religious workers’ visas, professional workers’ visas, family immigration, business immigration, and naturalization. In addition to the legal work, Mr. Cohen was instrumental in assisting immigrants in finding work, taking English and naturalization courses, food assistance, and more.

Mr. Cohen lives with his wife in the north of Israel in a village next to Afula.