This article addresses assets of Holocaust victims in Israel along with what can be done to obtain restitution of these assets.  All issues surrounding restitution of assets fall under the auspices of the Israeli Ministry of Justice. 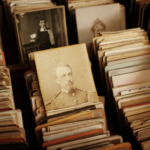 A History – Assets of Holocaust Victims in Israel

With the rise in Jewish immigration to the land of Israel from the late 1800s until the mid-1900s, numerous European and American Jews bought land, homes, or invested money as part of the Zionist movement’s efforts to bring Jews to the land.  Sometimes, these Jews did not want to come themselves, but they wanted to take part in what was happening, making purchases and investments through various Zionist companies, like the Israel Land and Development Company, the Ahuza Company, and the Haifa Bay Development Company, among others. With the Nazis’ rise to power, other Jews sought to protect their assets, investing them in various Jewish initiatives in the land, either for themselves or their family who they hoped would eventually immigrate there.

With the onset of World War II, in what was then Mandatory Palestine, ruled by the British, the Mandatory Government issued laws to protect assets in the land, preventing Germany or Poland from seizing its citizens’ assets and using them to pay for reparations and damages in the war.  Citizens of Ally enemy states could have their properties seized, and this would become part of the property of the Mandatory government.  Eventually, these properties were registered in the Israel Lands Registry under the name of the previous owners, with the intent of returning this property to Jews who held assets.  However, many of these Jews died in the Holocaust, thus these assets could not be returned to them.  Additionally, not all of these assets were registered, and as the British realized they would cease their mandate in Palestine, they wanted to transfer much of these assets to their government.

The Establishment of the State of Israel and Subsequent Measures Taken

Upon the establishment of the state of Israel, the Israeli government demanded that the assets transferred to the British should be reinstated.  Eventually, a custodian was established to administer the estates of Holocaust victims; however, much of this information was not made public, and the custodian did not actively seek out the descendants of Holocaust victims to return the assets.  Due to public outcry about this in the 1990s, in 2000 the Israeli government established a committee to locate Holocaust victims’ assets with the purpose of reinstating them.

Throughout the early 2000s, various committees and organizations were established to help address this issue, culminating in the passing of the Assets of Holocaust Victims Law.  As part of this process, a company was established to find descendants and manage assets, dedicating them to Holocaust aid programs when the beneficiaries could not be found.  This company ceased its activities at the end of 2017, and addressing restitution is now under the Administrator General in the Ministry of Justice.

This article is one in a short series addressing various issues around the restitution of assets.  Other articles address submitting an application, a timeline for restitution, Israeli law on the subject, succession orders, and how to choose a lawyer to assist you in this process.

If you would like assistance obtaining assets of Holocaust victims who you know or believe to have properties in Israel, please contact us.  Advocate Michael Decker specializes in various legal fields, including restitution, and he would be happy to help you.