Applying for a British Passport

How to apply for a UK passport? 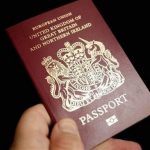 Applying for your first British passport involves proving your right to British citizenship. The applicant is required to prove his entitlement by presenting documents such as a birth certificate containing the names of parents, at least one of whom was a British citizen at the time of the applicant’s birth, a  photocopy of the parents’ passports, a photocopy of the applicant’s previous passport and two pictures. Additional documents will also be required according to the specific circumstances of the application. In any case, the applicant must produce the original documents, which will be returned at the end of the process. In the case of documents in languages other than English, the translation must be certified by an authorized translator.

Verification of application for British passport:

Another requirement of the passport department of the British Home Office is the verification of passport photos. The applicant is required to prove that the photo attached to the request is really his own with a verifier. This validator must be a person who knows the applicant for at least two years and holds the citizenship of one of these countries: British, American, Canadian, Australian, South African, New Zealand, or one of the EU countries. The verifier will be required to sign one of the pictures, stating that they are indeed of the applicant and also need to sign the application itself.

Contact the Cohen, Decker, Pex and Brosh offices in Petach Tikvah or Jerusalem specializing in immigration to England, if you need help obtaining a British passport.