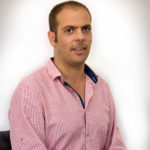 Adv. Tal Ofir is a member of the Israel Bar Association since 2012.
Tal holds an LL.M. in Law from the Interdisciplinary Center with a Master's degree in Business Administration.

Adv. Tal Ofir's expertise in administrative law includes the fields of immigration and Aliyah to Israel, family reunification, visas, and applications for special status due to humanitarian reasons.

During his first degree at the Interdisciplinary Center in Herzliya, Tal focused on international law and on human / minority rights.

Tal had previously volunteered at the Hotline for Refugees and Migrants, providing legal and logistical aid to refugees and victims of human trafficking. At present, Tal volunteers in the Association for Civil Rights in Israel. His duties include assisting those seeking status in Israel.

Tal is a graduate student in general history at Tel Aviv University. His M.A thesis focuses on the history of slavery and the Afro-American minority in the United States.