All articles on the subject of purchasing citizenship

Buying a foreign citizenship based on investment

Many countries all over the world allow for the purchase of citizenship on the basis of significant financial investment. In fact, “buying a citizenship” in one of the countries that allows this is one of the simpler, if more expensive, options for obtaining a foreign passport, including in European Union member states.

Our law office specializes in the field of immigration, obtaining foreign passports, and relocation. Our lawyers have decades of experience with every kind of immigration and emigration path to acquiring foreign citizenship. Most of these immigration options are based on family ties, open to the spouse, child, or parents of existing citizens.

In today’s globalized economy, many people work or study abroad for years at a time. Some countries give foreign citizens the chance to acquire citizenship after residing in said country for a number of years. However, this path is less common and more complex than immigration based on a family connection.

Many Israelis apply to obtain a foreign passport as descendants of citizens of Eastern European countries or other countries that allow the transfer of citizenship from parents or grandparents, despite not residing in said country. Our office helps clients to obtain Austrian and Portuguese citizenship. This path to a foreign passport is available to those who can show a lineage which connects them with a Jew of Spanish descent or an Austrian who was persecuted by the Nazi regime.

Obtaining a foreign citizenship as an entrepreneur

States around the world have entrepreneur visa categories for foreign citizens who start business which contributes to the local economy. In 2019, Israel implemented such a visa, exclusive to US citizens. Some countries, such as the US, allow foreign investors to obtain citizenship after several years of contributing to the local economy, but Israel does not. The entrepreneur is required to prove that not only did they invest a certain amount in establishing a business, but also that the investment contributed to the growth of a sustainable business that employed local workers over a number of years.

By contrast, the process of buying a foreign citizenship is faster and simpler. The key condition is that the applicant must have a certain sum available to invest. This usually amounts to a few hundred thousand dollars at a minimum, depending on the country. After the investment is completed and the other conditions are met, the investor and his family acquire citizenship almost automatically; provided that they do not pose a danger to the public peace.

What are the benefits of buying a foreign citizenship?

Acquiring citizenship of a European Union member state, for example, allows the citizen to conduct business, work, permanently reside in, and move freely throughout any other EU member state. These include, as of this article (early 2020), the United Kingdom. EU citizens can freely enter more than 100 other countries around the world which do not require EU citizens obtain tourist visas in advance.

European passport holders can also enter United States territory without having to obtain a tourist visa. American or Canadian citizenship can also be acquired directly, giving the citizen access to the world’s leading economic powers.

Buying a citizenship opens up a variety of investment options, with increased opportunities in the purchase of real estate, and easing of taxes after obtaining citizenship of the country in question.

In which countries can citizenship be acquired?

Among the countries which allow the purchase of citizenship with which our office may assist are: Austria, Portugal, Spain, the UK, Belgium, Canada, United States, Australia, Greece, Cyprus, Antigua and Barbuda, Malta, St. Kitts and Nevis (in the Caribbean) Dominica, Grenada, and Singapore. All these countries allow the purchasers to obtain citizenship or permanent residence within a short time or immediately after approval of the application and transfer of payment.

How can we help you acquire foreign citizenship?

Our firm has a diverse and multinational array of lawyers who hold citizenship in such far-flung countries as the US, Canada, Brazil, Britain, the Netherlands, Russia, France, Romania and Ukraine. We help clients prepare all required documents in Israel and arrange the contact with lawyers in various countries abroad who assist in the process of acquiring foreign citizenship on an investment basis, until a foreign passport is received.

For more in-depth information about opportunities to purchase foreign citizenship, click on the link.

Our law office assists in acquiring additional citizenship for Israeli and Palestinian citizens and permanent residents. Contact us to schedule a consultation call with an attorney about the right citizenship for you and its cost. 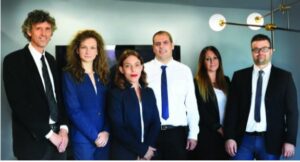